On October 6 of Eighteen Years Ago the Harambee Project Was Born.

Home > News > On October 6 of Eighteen Years Ago the Harambee Project Was Born.

When you receive a gift the answer is gratitude. This is how the idea came about to give the participants in the canonization of the Founder of Opus Dei, on October 6, 2002, the possibility of offering a small gift to those in greatest need: the people of Sub-Saharan Africa. As soon as the Holy Father announced the date of the canonization of Josemaría Escrivá, all those who began to communicate their presence at the ceremony were urged to participate in an initiative of solidarity towards Africa: the Harambee 2002 project. The Christian commitment to help one’s neighbor had one more reason this time: the joy of canonization, lived as a gift received from God, to give back to those in need. It was a question of promoting, precisely on the occasion of canonization, a collection in favor of educational projects in Africa. 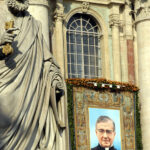 In the Kiswahili language, “harambee” means “all together”. It is the cry of the fishermen when they pull the nets ashore; it is word of mouth when it is necessary to start a common activity, such as helping a family in need or building a school or church. Everyone contributes with what they can: with their commitment, with a donation in money or in kind, but “all together”. Everyone gives and everyone receives.

With this same spirit, so similar to the teachings of St. Josemaría, the Organizing Committee of the canonization promoted a fundraiser among the participants of the October 6 ceremonies to be allocated to initiatives centered on education, responding to the different needs of different African contexts. 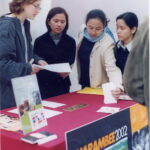 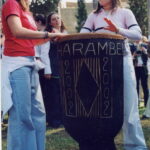 With an initial public call for proposals, open to all organizations dedicated to educational programs in sub-Saharan Africa, the requests for help received were studied and funds allocated.

Eighteen years have passed since those first projects were launched, with over eighty initiatives launched thanks to the participation of the Harambee committees that have gradually been spontaneously formed: in France, Spain, Portugal, Poland, Switzerland, Luxembourg and the United States.

Harambee is not an act of charity towards a people in need. It is rather an act of trust towards people who are passionate (about working) for the development of their community, and an act of hope towards a young and vibrant continent.

Inspired by the teachings of St. Josemaría, we look to the future with confidence, aware of the difficulties but also cultivating the virtue of hope: “give hope, have passion for hope”.
Happy Birthday, Harambee!

As part of the cycle of online meetings to learn more about current events...

It is precisely in a time of greater vulnerability that macro and micro resilience...

In Cameroon the agricultural system, it is estimated, contributes 25% of GDP but, despite...