Covid-19/Ivory Coast. Medical Care at Home in the Rural Area of Yamoussoukro, thanks to Harambee.

Home > News > Covid-19/Ivory Coast. Medical Care at Home in the Rural Area of Yamoussoukro, thanks to Harambee.

The new pandemic does not particularly affect rural areas, one could say that they are almost spared, but it has generated unemployment and poverty: distancing measures have led to increased transport costs and the closure of businesses; the international health crisis has led to a decrease in exports of agricultural produce, especially cocoa. All this puts people’s food security at risk.
Under these circumstances, many patients find it difficult to travel to the Walé Health Centre in Yamoussoukro, which has been providing affordable healthcare for the most vulnerable population for more than a decade. “Chronically ill patients (HIV, hypertension, diabetes, malnutrition) are at risk of worsening their condition,” say the staff.

In response to the growing emergency, Walé’s medical staff has set up a home care programme in rural communities. This was made possible by the purchase of a vehicle, the result of a fundraising campaign launched by Harambee. 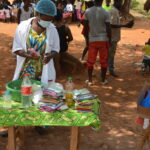 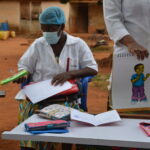 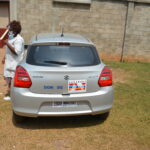 In Ivory Coast, it is estimated that over 80,000 children under the age of five die each year from preventable diseases if nutritional and sanitation conditions were better. Malaria is the leading cause of death, followed by gastro-intestinal and respiratory infections.

Thanks to Harambee’s support, “Doctors regularly visit rural communities, providing antiretroviral drugs, milk and nutritional supplements, and carrying out tests and checks. Health and hygiene training sessions are also held for mothers, because prevention is a fundamental aspect: ignorance about hygiene and nutrition has a huge impact on the health of the population“.

Following the spread of the Covid-19 epidemic in sub-Saharan Africa, Harambee launched an emergency campaign to support partner hospitals dedicated to caring for the most fragile populations.

The second phase, launched in January 2021, responds to the most recent needs that have emerged and the challenges faced by hospitals in a context of serious social and economic crisis in the population, following the measures taken by governments to counter the spread of the Virus.

HELP US NOT TO LEAVE ANYONE BEHIND: JUST MAKE A SMALL CONTRIBUTION, DONATE NOW!

Harambee’s 20th Anniversary: “We are moving forward, amplifying the voice of Africans and helping to make their ideas a reality”

“Twenty years after its foundation, Harambee all together ‘for’ Africa is more and more...

Dear friends, as many of you already know, Harambee Africa International is celebrating 20...

The intervention in support of the Cacles Association, linked to the Diocese of Luiza,...