Harambee’s 20th Anniversary: “We are moving forward, amplifying the voice of Africans and helping to make their ideas a reality”

Home > News > Harambee’s 20th Anniversary: “We are moving forward, amplifying the voice of Africans and helping to make their ideas a reality”

“Twenty years after its foundation, Harambee all together ‘for’ Africa is more and more Harambee all together ‘with’ Africa,” said Piero Sandulli, member of the Harambee steering committee at the conclusion of the celebrations. This means that the road ahead and the direction for the future will increasingly be one of collaboration among equals rather than aid because that is what Africans, and the globalised world, demand.

It is difficult to give an account of the spirit and emotions experienced during the days between 28 and 30 September when the “Be To Care” Symposium was held to celebrate Harambee’s first 20 years of activity and the first event of Opus Dei’s Centenary (2028-2030). The Association was born on the occasion of the canonisation of its founder, St Josemaría Escrivá.

“The message of this saint has always guided our work over the years, with ever increasing awareness,” explained Linda Corbi, HAI’s international coordinator. “With this spirit, Harambee has been consolidating, giving rise to committees in different countries,” but “what keeps us together is not a legal bond; rather the commonality of ideals, the joy of being able to share common goals, the desire to offer so many people the chance to fulfil themselves, following their own inclinations and aspirations”. 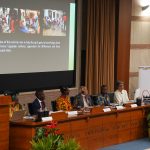 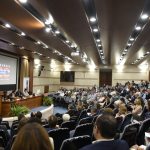 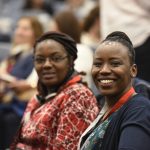 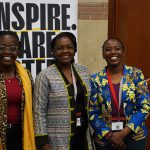 After the initial institutional greetings by Raffaele Izzo (Harambee president) and Carlo Papa (Advisory Board chairman), the various scheduled sessions saw a discussion between a number of professionals (from the academic, economic and non-profit sectors) on the most urgent social challenges and possible answers. The experiences of these years and the lessons learnt were then recounted by the heads of the committees of Spain, Portugal, Poland, France, Switzerland and the United States; it was then the turn of the representatives of the African organisations, with which Harambee collaborates, who illustrated their concrete proposals to improve people’s lives, through their daily and professional work in the places where they are placed. 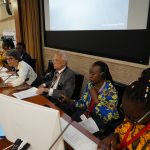 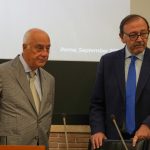 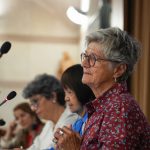 Mgr Fernando Ocariz, Prelate of Opus Dei, opened the proceedings of the second day: “I would like to conclude with other strong and inspiring words of St. Josemaría: ‘A man or a society that does not react to tribulations or injustices, and that does not strive to alleviate them, is not a man or a society equal to the love of the Heart of Christ. Christians, while maintaining maximum freedom in the study and implementation of various solutions, and thus with a logical pluralism, must be united in the same eagerness to serve humanity. Otherwise, their Christianity will not be the Word and the Life of Jesus: it will be a disguise, a deception before God and men’” and added “May the reflection you are beginning today – in view of the centenary of the Work – serve to deepen this call of our Founder and make it concrete on a spiritual and personal level, in professional work and in all the social and educational initiatives that, in one way or another, find inspiration in his message. In this field, as in others, we can apply the words of Saint Josemaría: everything has been done and everything remains to be done. It would certainly encourage us to keep dreaming”. 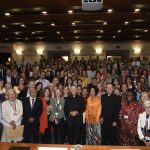 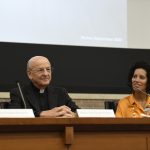 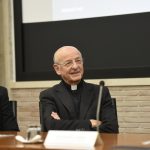 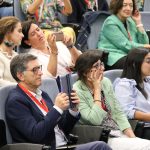 One session was dedicated to the topic of African youth entrepreneurship; Harambee works with a number of business incubators linked to prestigious universities (in Nigeria, Kenya, Côte d’Ivoire and South Africa) to help train young entrepreneurs with a strong social impact who are able, that is, to create innovative, competitive but also sustainable businesses for Africa and the world.
“It is becoming increasingly clear that an important differentiating factor for Africa is the fact that it is the only Continent that is still growing and whose youth represent a huge percentage of the entire population,” explained Vincent Ogutu, Rector of Strathmore University, Kenya. “If the tendency of young Africans to engage in entrepreneurship continues to increase, this combination of growing population and entrepreneurship is potentially one of the most powerful competitive advantages Africa could benefit from.” Moreover, the Rector added, “With an increasing number of entrepreneurial success stories, these intrepid young people are gradually changing role models: from political celebrities and soft entrepreneurs who got rich through corruption to the healthier model of people who build their wealth through creativity and hard work.” 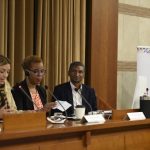 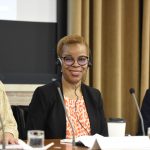 With the occasion of this celebration, two entrepreneurial projects were selected by Harambee and will receive the necessary support: the first aimed at strengthening female entrepreneurship in the Nyanza region (Kenya), through a system of subsidised credit, promoted by the young Emily Bakhitah, and the second, promoted by Ngotiek Benson, who wants to set up a self-sufficient hydroponic farm (cultivation without land) in Sekenani, a rural town on the edge of the Masai Mara national reserve (Kemya), to combat food insecurity and provide jobs. Businesses that solve problems, therefore, under the banner of ‘It takes a Village’, the African expression referring to the age-old tradition of helping each other and taking care not only of oneself, but also of the community. Both young aspiring entrepreneurs studied at Strathmore University (Harambee’s partner) and will be mentored by it.
On the topic of entrepreneurship, enlightening contributions were also made by Enase Okonedo (Rector of Pan Atlantic University in Lagos, Nigeria) who spoke of enabling environments for business consolidation; Angelina Baiden-Amissah (Ghana’s Ambassador to the Holy See) who outlined the Ghanaian government’s reform programme to strengthen the sector; George H. Johannes (former Ambassador of South Africa to the Holy See) who emphasised the need to support young people and encourage them to stay in their countries, developing ideas for the good of all; Alfredo Cestari (President of the ItalAfrica Chamber of Commerce) who announced his desire to collaborate with Harambee to strengthen the training of young aspiring entrepreneurs. 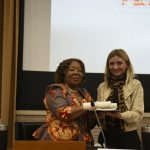 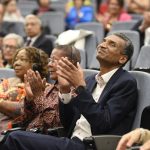 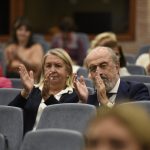 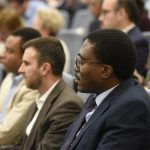 The last session saw the awarding of the Harambee International Award ‘Communicating Africa’ with the participation of two journalists: Angela Rwezaula and Eugene Ohu. “An important objective for Harambee,” recalled Rossella Miranda, HAI’s communication coordinator, “is to contribute to the dissemination of more correct information on Africa, less stereotyped, taking into account diversity and complexity and not only problems. Because this is the reality: it is a continent of more than 50 states and very diverse”. She added: ‘We believe that solidarity can be encouraged by offering prospects of hope rather than inexorably catastrophic scenarios‘. 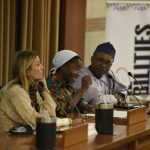 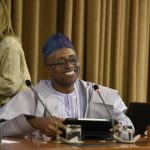 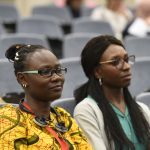 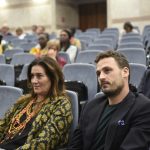 A complex challenge, as Angela Rwezaula reminded us: “When the media open a window on Africa, 99 times out of 100 they talk about problems: war, famine, emigration, disease…” but alongside the difficulties, it is necessary “to make known the wealth and value that Africa possesses and in this the media have a huge responsibility, they can make a huge contribution to changing the narrative about Africa“.

So help Africa tell its real story; and how do you do that? “Also by developing a certain distrust in our understanding of Africa and making ourselves available to receive feedback” as Eugene Ohu explained. “This is a basic requirement of active listening, which is not just a material exercise of getting sound into one’s ears. It is rather an attitude of openly suspending judgement, allowing oneself to be vulnerable and admitting ignorance. Avoid filling in the blanks of information about Africa with acquired images. Be open to understanding Africa from your own, complete images and symbols”. 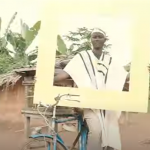 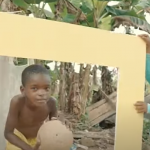 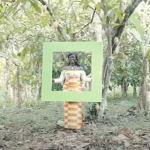 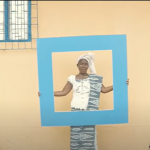 Authentic images are certainly those proposed by the winner of the 9th Harambee Award: David Boanuh. For the first time, the same person won the prize for both categories. The video clip “Reframed” effectively constructs the image of the Continent by restoring its complexity, variety, dynamism, enthusiasm and joy.
The video documentary ‘The Golden Seeds‘ explores a specific and complex problem -the cocoa industry-, showing the difficulties of the people with a realistic and respectful look that avoids commiseration. A portrait of determination, commitment, strength and hope emerges. “The jury also particularly appreciated that, through the testimonies collected, the desire for family, education, a deep connection with the community and a proactive commitment to one’s daily life was highlighted”. A special mention went to the documentary ‘Kandia’ by Hamado Tiemtoré: a beautiful account of a concrete and original experience of coexistence and integration in southern Italy.

“We did what we could and I must say that, little or a lot, we did it with affection and with the desire to be useful,” said Linda Corbi.

What will the future be like? We will build it together with our African friends, listening respectfully. “Inspired by St Josemaria, we know that it will never be material successes that form the foundations of Harambee, but the ability to work beyond the call of duty because infected by the ‘passion for man’ whoever he may be, and the desire that all have a life dignity because they are children of God“.

Encouraged by his teachings, we will value the cooperation of all, each with his or her own charisma, working together for the common good. 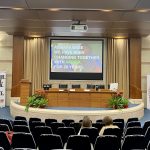 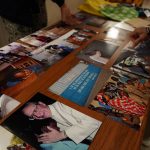 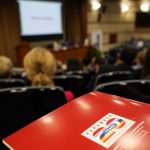 Ivory Coast. Over 700 People Trained in the Prevention of Common Diseases

The Walé Health Centre in Côte d’Ivoire has completed its training and awareness-raising programme...

On 1 October, the Harambee committees meeting in Rome selected eight development initiatives to...